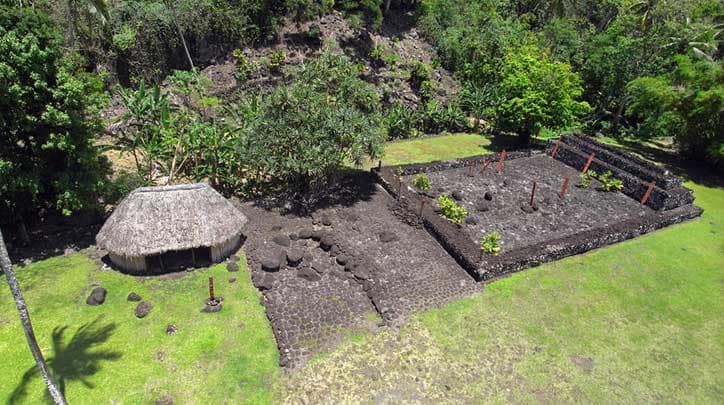 The Marae Mahaiatea is the island’s biggest cult site to ever be found. The site, which was directly on the south shore close to Papara, featured an 11-tiered pyramid that was 13 meters high and had a base that measured 88 meters long and 29 meters broad at the time of James Cook.

Over 7200m2 of stone served as the basis for the entire facility. Today, all that is left of this enormous hub of activity are a few ruins. One can at least infer the previous cult room’s once-overwhelming size by using their imagination along with the informational signs on the property.

Another remnant of the Polynesians is the Marae Arahurahu, which is located directly in the picturesque valley of Paea on the west coast. The site of worship was fully repaired in 1954 and continues to be used as a location for traditional rituals, particularly during the annual Heiva Nui festival in July.

Due to its excellent condition, Marae Arahurahu, which is Tahitian for “Temple of Ashes,” is the marae that receives the most visitors. One can have a thorough understanding of the relevance of every component of the site with the aid of the numerous information panels there.

If you still want more of the Polynesian way of life, you can go to the adjacent Marae Taata, which is very interesting to see.

There are more Mareas on Tahitian Islands, for example, the Mareas on Moorea and Marae Marotetini on Bora Bora.