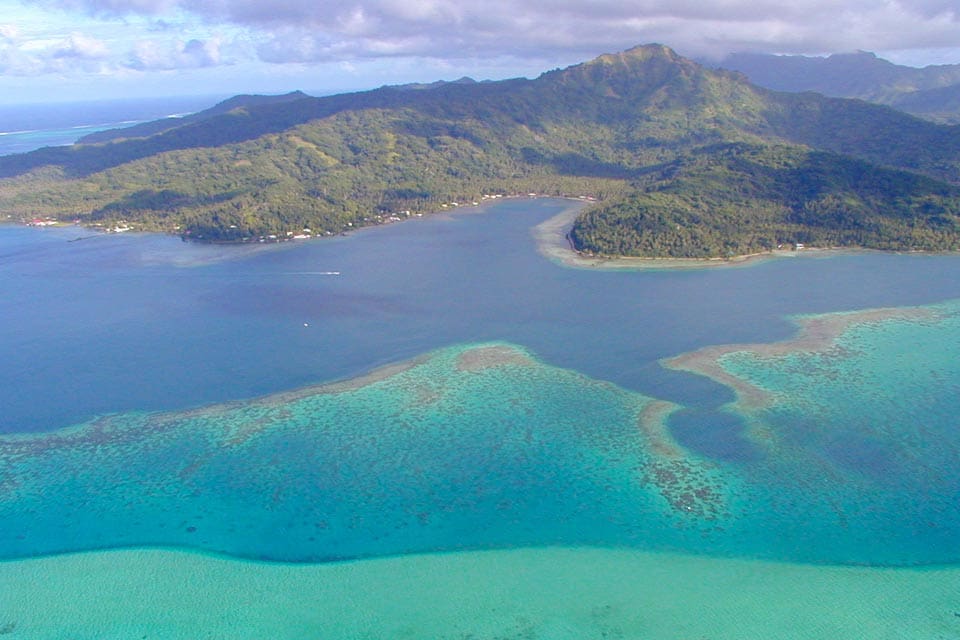 On Taha’a Island, time passes more slowly. You can get a true sense of the laid-back lifestyle of the average Polynesian on this lovely and tranquil island. The flower-shaped island has a gentle mountain rising from the tranquil waters of a lagoon, and it is surrounded by little motus with beaches of brilliant white sand.

Tahaa has earned the moniker “Vanilla Island” mostly because this is where a sizable portion of the vanilla in French Polynesia is farmed. Visitors claim that the smell of fresh flowers permeates practically the entire island, creating a truly unique ambiance.

Tahaa is the source of more than 80% of French Polynesia’s entire vanilla crop. It makes sense that the alluring aroma of this well-known orchid permeates the entire island.

Because vanilla tahitensis is one of the most costly spices in the world and is traded in Europe, tourists on Tahaa should absolutely request to be shown the production process.

Tahaa, which is part of the Society Islands, is situated about 230 kilometers west of Tahiti. The small volcanic island is situated near Raiatea, its larger sister island. Both are encircled by a sizable barrier reef, which only has two points where it opens up to the ocean.

Tahaa is a tiny, undeveloped island. There isn’t much tourism on Tahaa other than a few resorts on the motus and a few basic, family-run guesthouses.

Divers love the island for its immaculate coral gardens, as well as its many wrecks and caverns, which are only accessible to experienced divers.

Sailing enthusiasts will find this “spot of earth” in the center of the wind-swept islands to be highly attractive due to the rough coastline’s abundance of picturesque anchorages.

How to get to Taha’a

From there, a transfer boat will take you to Tahaa in about 40 minutes. There are also public water taxis between Raiatea airport and Tahaa. The ship traffic is dependent on the seasons and should be inquired about locally.

The island of Tahaa is also known as Uporu by its ancient name. Tahaa and Raiatea was a key hub for Polynesian migrations across the Pacific Ocean and continues to be significant historical and cultural sites, bearing evidence of a vibrant civilization and traditions.

Best Things to do in Taha’a

Take a trip to Vanilla Valley

The production of vanilla in Tahaa is renowned for being among the finest in the world. Nothing compares to purchasing vanilla straight from the island’s factories in the best Polynesian manner. The Vanilla Valley stands out among them. The enterprise, which is a tiny family farm, is situated on Tahaa’s eastern side and welcomes guests.

To find out more about the vanilla-producing process, guided visits can be organized. You can see vanilla turning from green to completely black, starting with hand pollination and ending with the sun-dried pods. The presenters are nice and helpful, and they give forth useful information. After the tour, you can purchase some vanilla beans and other goods by going to the store.

Allow the flavors of vanilla to enchant you; this wonderful spice will make your trip unforgettable. It would be a shame not to indulge in these sublime tastes on Vanilla Island. Therefore, one of the greatest things to do in Tahaa is to visit the Vanilla Valley.

The tiny Hibiscus Hotel established the Hibiscus Foundation, a turtle preserve. The Foundation has worked to preserve two turtle species in particular since 1992: the green turtle (Chelonia mydas) and the hawksbill turtle (Eretmochelys imbricata). Unfortunately, these two species frequently get captured in fishermen’s nets and fish traps despite being particularly prevalent in the lagoon of Tahaa.

In addition to having outstanding vanilla, Taha’a now also has some of the best rum to offer! Visit a distillery to sample some “rum Agricole.” Accessible by foot from Tapuamu’s little pier, the distillery’s personnel will fetch you up or drop you off if you prefer not to walk.

Check out a pearl farm

Tahitian pearls are unique to our part of the world and remarkable. Visit a pearl farm to discover how pearls are raised, often for years, before being crafted into stunning jewelry. Visitors are free to shop for pearls and pearl jewelry in the same place where they are grown and made, after getting a full lesson on how to grow pearls and how the grading system works on an open oceanside dock.

Of course, the spectacular barrier reef that envelops Tahaa and its sister island Raiatea is a major feature of a trip to Tahaa. The local tour companies can arrange for half-day or full-day snorkeling or diving excursions, which are frequently coupled with side trips to the pure white beaches of the motus (islands).

The coral landscape off Tahaa is one of the most beautiful in the world. A beautiful, undiscovered jewel with coral roses that are hard to find again and that tourists should spend a lot of time exploring.

Tahaa is a island located in the Society Islands archipelago of French Polynesia. It is known for its rugged, mountainous terrain, beautiful beaches, and rich cultural history. Here are some facts about Tahaa:

How many days to stay on Tahaa?

With careful planning and knowledge of what to expect on Tahaa, it may be well worth it to stay a few more days on the island to do something. Make your own reservation as soon as you can if you’re thinking about staying longer on Tahaa.

On the island, there are only a few resorts, and the majority of the beds are found in modest guesthouses that are typically run part-time by islanders.

Can you scuba dive in Tahaa?

Tahaa has swiftly gained popularity, particularly among divers. It makes sense that this area would have such excellent water and an underwater environment that is so vibrant and bright.

Tahaa’s isolation makes it simpler to get to the diving locations and ensures that you won’t have to compete with a large number of other divers for the most breathtaking views.

Underwater, there are countless caves and wrecks that can be investigated. Professionals nevertheless advise against beginners diving in the sea near Tahaa. So you might prefer to start this sport elsewhere if you want to learn the basics.

Is the area around Tahaa good for sailing?

Sailors are all over French Polynesia, but the areas near Tahaa have a lot of natural harbors where they can stop and rest, as well as a mostly uncharted sea with strong winds that can make for a real adventure.

People who don’t have their own yachts can still take part in this experience because similar tours are also offered from the other islands.