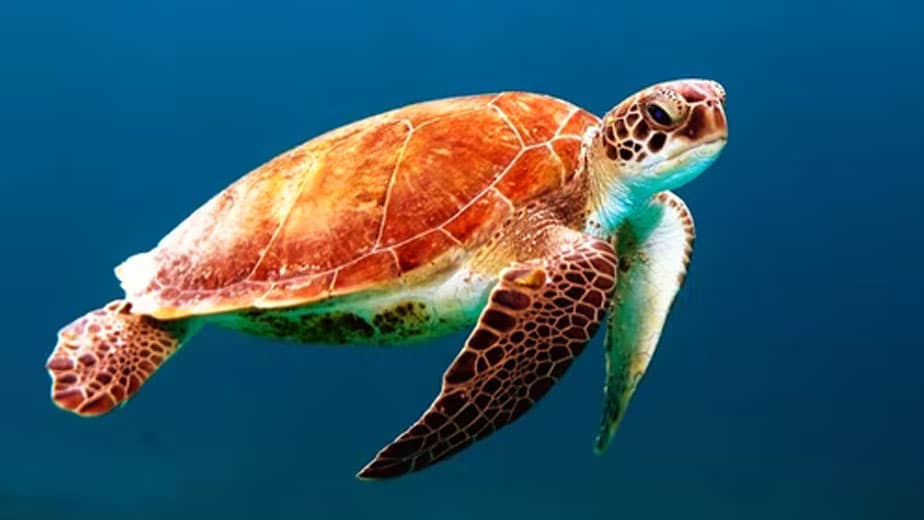 Many people associate the island of Tahiti with a vacation in a class of its own. Luxurious overwater bungalows, paradisiacal beaches, and turquoise blue sea characterize the picture here, most think. But Tahiti also offers varied flora and fauna.

Sealife is one of the main attractions

Besides staying in a typical overwater bungalow, marine life is a major attraction for the destination. The underwater fauna is particularly rich in species. Parrotfish, coral fish, trumpet fish, triggerfish, moray eels, and groupers live here, as well as octopuses and various species of crabs, among others.

When diving you can also see sea turtles and wahoos and sea cucumbers. Wahoos are very large and fast mackerels, they reach speeds of over 43.4 Miles/hour (70 km/h). They are also known as Pacific Kingfish and Ocean Barracuda and are common in all warm seas.

Tahiti has the largest shark sanctuary in the world

In fact, the Tahitian Islands are home to the largest shark sanctuary in the world. In 2012, more than 1.5 million square kilometers of the ocean were set aside in the five archipelagos that make up the islands of Tahiti as a shark sanctuary.

The move placed a moratorium on shark fishing and finning and protected more than 20 shark species – including lemon, tiger, gray reef, blacktip, whitetip, blackfin, and mako. Sharks are ecologically important and have cultural significance in French Polynesia, where they often represent ancestral souls in mythology.

Several conservation organizations, including “Reef Check” and “Te mana o te moana“, are involved in monitoring shark sanctuaries throughout French Polynesia. Swimming with sharks and rays is one of the most common activities people undertake during their visits.

The sharks on these tours are usually common reef sharks and harmless, though quite exciting to watch as they glide around the lagoon.

The island of Tahiti and Moorea are among the few places in the world where you can swim alongside wild humpback whales, which fill the lagoons from July to October to give birth to their young. If you are interested in whale watching tours, check out Whale watching tours on Tahiti, Moorea, and Bora Bora.

The best places to see whales are in the Society Islands such as Moorea and Bora Bora, or in the Austral Islands such as Rurutu and Raivavae. For wild dolphins, head to Rangiroa in the Tuamotu Islands, where you can dive along Tiputa Pass or watch them passing by at sunset.

One of the reasons marine life here is so healthy is the abundance of coral, a vital source of life in the oceans. Tahitian corals are invertebrates that form calcium carbonate around their colonies to create colorful structures that are shelters for many species of fish and mollusks.

They are an essential part of the ecosystem, but also contribute to oxygen production and carbon dioxide absorption.

Reefs in the islands of Tahiti are generally healthy, but with 10% of the world’s corals dead and more than 60% of the world’s reefs at risk, restoration efforts are underway to protect corals and maintain their health.

To learn more about corals, be sure to plan a visit to the coral gardeners on Moorea.

Among the local birds, the most noteworthy are the Tahitian Monarch (Muscicapa nigra), about 15 cm tall and almost completely black, which is endemic to Tahiti, and the Purple-capped Pigeon. The birds are a subfamily in the family of pigeons(Columbidae).

Furthermore, the Tahitian Petrel (Pseudobulweria Rostrata), which is about 40 cm tall, is native here. The birds have a dark brown head and neck, but a white belly and lower breast. The top of the body, on the other hand, is a solid dark brown.

There is also a wide range of bird species specific to each island – more than 90 species! On Tetiaroa Island alone, there are at least 15 identified bird species, ranging from the brown booby and greater crested tern to the large frigatebird.

On the Austral Islands, lucky visitors can catch a glimpse of the Kulh lori, a species of lorikeet once coveted for its fiery red plumage, hunted almost to extinction for the feathers used to adorn the headdresses of chiefs. Conservation measures are now being implemented to protect this very special bird.

The flowers and fragrances of the tropical plants of Tahiti and her islands beguile the senses of every traveler! Upon arrival, each visitor receives a tiare flower as a greeting and puts it behind the left ear. Also otherwise the flower splendor is used by the inhabitants much at and in the hair.

The islands of Tahiti are a tropical paradise where greens, yellows, magentas, and brilliant whites dominate the landscape everywhere. The strong aromas of Tahitian vanilla orchids, frangipani, heliconias, orchids, and, of course, the legendary Tahitian Tiare flower.

Photo shows a tiare blossom on the branch

Tiare means “flower” in the Tahitian language, so the Tahitian Tiare is literally the flower of Tahiti. The most authentic resorts, Tahitian guesthouses, and lodges have their rooms filled with local flowers arranged in whimsical designs that adorn the bedspread, pillows, and countertops.

The traditional Polynesian welcome includes a fragrant bouquet of many types of flowers placed across the neck upon arrival, always with a warm smile and an “ia ora na e maeva” (hello and welcome to Tahiti). Flowers and plants are an integral part of the Tahitian experience.

Different vegetation throughout the archipelagos

The vegetation is quite different in the different archipelagos: for example, on the atolls, where the soil is less nutritious and a constant wind is present as a companion, bush-like plants and especially coconut trees tend to grow, as they do well with little food from the soil.

The diversity of plants not only provides beautiful landscapes, but also a rich culinary heritage. Only 40% of the plants are considered native to the islands of Tahiti, most were brought by the first islander’s thousands of years ago, these include plants such as breadfruit, pineapples, and even coconuts. The best pineapples in the world are said to come from Moorea.

The scent of vanilla

Taha’a is known as the vanilla island par excellence: You can smell the vanilla scent just approaching the island. A delicate vanilla note is carried by the wind over the hills down to the sea and beguiles every visitor. Many vanilla farms can be found here, which can also be visited by appointment. Because the art of vanilla growing is elaborate and the pollination is done by hand – this is absolutely worth seeing. Also on Raiatea and on Huahine the vanilla plant can thrive very well due to the fertile soil.

The most important plants found on Tahiti

The underwater fauna is particularly rich in species. Parrotfish, coralfish, trumpet fish, triggerfish, moray eels, and groupers live here, as well as humpback whales and various species of sharks, among others. In 2012, more than 1.5 million square kilometers of the ocean were set aside in the five archipelagos that make up the islands of Tahiti as a shark sanctuary. They are an essential part of the ecosystem, but also contribute to oxygen production and carbon dioxide absorption.

Furthermore, the Tahitian Petrel (Pseudobulweria Rostrata), which is about 40 cm tall, is native here. The flowers and fragrances of the tropical plants of Tahiti and her islands beguile the senses of every traveler. Also otherwise the flower splendor is used by the inhabitants much at and in the hair. The islands of Tahiti are a tropical paradise where greens, yellows, magentas, and brilliant whites dominate the landscape everywhere.

Next: Festivals and Events in French Polynesia