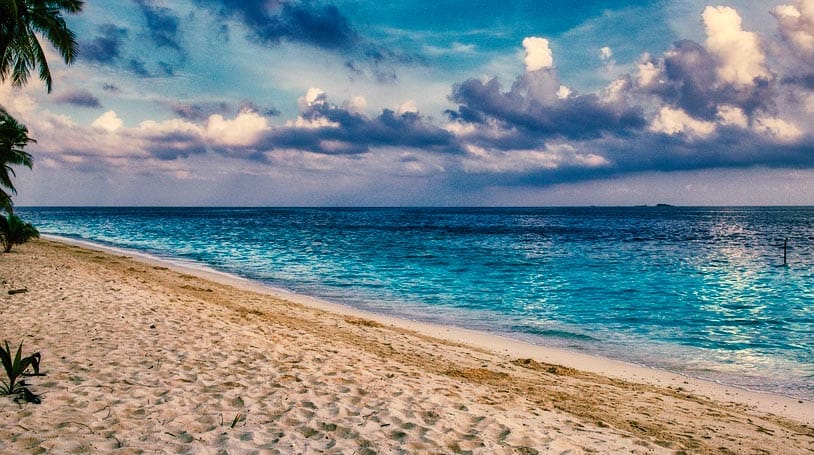 The climate is tropical, which means it’s hot and humid. From November to April, there is a warm rainy season, and from May to October, there is a relatively cool dry season. However, the islands’ dispersion across 20 degrees of latitude causes regional climatic variation.

Precipitation is plentiful, with the exception of the Marquesas and the northern Tuamotus, and often comes in the form of strong rainstorms. Coastal areas receive the most rainfall per year. Because of the different exposures, there are regional variations; on average, the windward coasts receive more precipitation.

The trade winds are blowing in French Polynesia. The dominant winds are thus from the north and northeast, but between May and October, they tend to blow from the southeast. During the months of April to June, there are long periods of calm, but there are a few typhoons, especially during El Nio water-temperature anomalies in the Pacific.

Summer lasts all year in the Polynesian latitudes. However, there are two main weather patterns in Tahiti: the dry season and the rainy season.

However, travelers enjoy warm beach days and mild, fragrant nights regardless of the time of year. Although the temperature may appear to be high at times, the trade winds from the Pacific blow constantly and beautifully refresh the air of the islands.

In Polynesia, cyclones are common due to the El Nio phenomenon. Temperatures in Polynesia are at their “coldest” in July and August (between 24 and 28 degrees).

Tides have a minor impact on people’s lives. Oceanfront homes can be built all the way down to the water without the hassle of dealing with large tidal fluctuations.

Currents and emergent rocks have only a minor impact on coastal navigation. However, this also creates a situation in which any disruption of this pattern, such as a large storm surge, catches people off guard and damages property.

What is the coldest month in French Polynesia?

August is the coolest month in Papeete, with average temperatures of 20 to 28°C.

What is the water temperature in French Polynesia?

The sea temperature in French Polynesia ranges from 25°C in August to 28°C in February-May.A Spanish explorer Álvaro de Mendaña, stopped at Fatu Iva on July 21, 1595, and called the islands Los Marquesas after the wife of the Viceroy of Peru.

How long does the sun shine in French Polynesia?

Which month has the highest rainfall in French Polynesia?

How humid is it In French Polynesia?

Next: People & Culture of French Polynesia