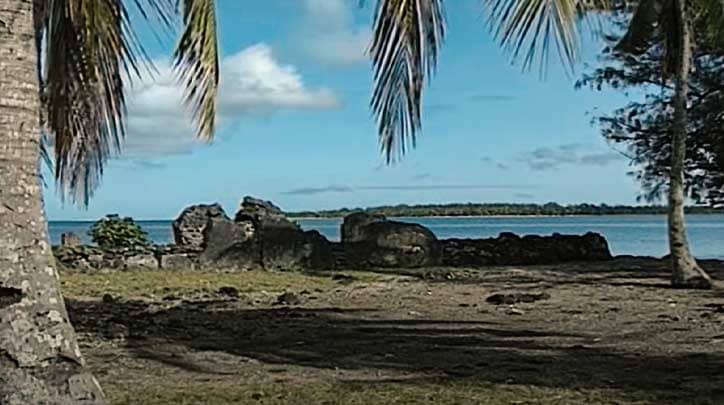 Thirteen of the island’s original 40 or so ceremonial platforms still exist. Visit the three most fascinating marae on Bora Bora if you want to learn more about the long religious and cultural heritage of the Polynesians.

The Marae Marotetini (Fare-rua ), Bora Bora’s most significant platform, is situated close to Farepiti Harbor at the southern tip of Faanui Bay. The site on the island’s west coast, which Hawaiian archaeologist Yosihiko Sinoto restored in 1968, includes the main area (ahu) that is 50 meters long and 3.5 meters broad and is situated immediately on the water.

The Teavanui Pass, Bora Bora’s sole navigable passage, is magnificently seen from here. Two stone box tombs of the Polynesian royal family, including those of King Tapoa, were discovered during excavations right near the marae Marotetini (also referred to as Fare-rua).

The Marae Marotetini on the island of Bora Bora, which was renovated in 1968, previously served as the island’s most revered temple. A pair of graves was constructed nearby for the island’s royal family in the 19th century.

These ancient temple temples served as sites of worship, social gatherings, and sacrifices of both people and animals. The turtle was revered since it was an important source of food, and some have been rebuilt and some have turtle petroglyphs (pictures carved onto the stone) on them.

Look for the Taharuu Marae at Point Haamaire on the east coast, Aehautai adjacent to the formerly open-but-now-closed Club Med resort on the southeast coast near Paoaoa Point, and the wonderfully restored 164-foot-long (50-meter) Marotetini Marae close to the pier at Faanui Bay on the west coast.

A short way north of Faanui, Opu Marae is partially covered by the road. It is advised to take an off-road tour or circle Island trip or inquire at the tourist office for particular locations as some are hidden away in the woods.

Marae Aehautai, is one of several old temples on Bora Bora. This particular one has a great view of Mount Otemanu and the blue outlines of Raiatea and Tahaa island beyond the motu on the reef.

Marae Aehautai is a restored temple. Out on the point is Taharuu Marae, which has a great view of the lagoon. The Americans installed naval cannons in the hills above the point during World War II.