Museum dedicated to the life & works of Paul Gauguin 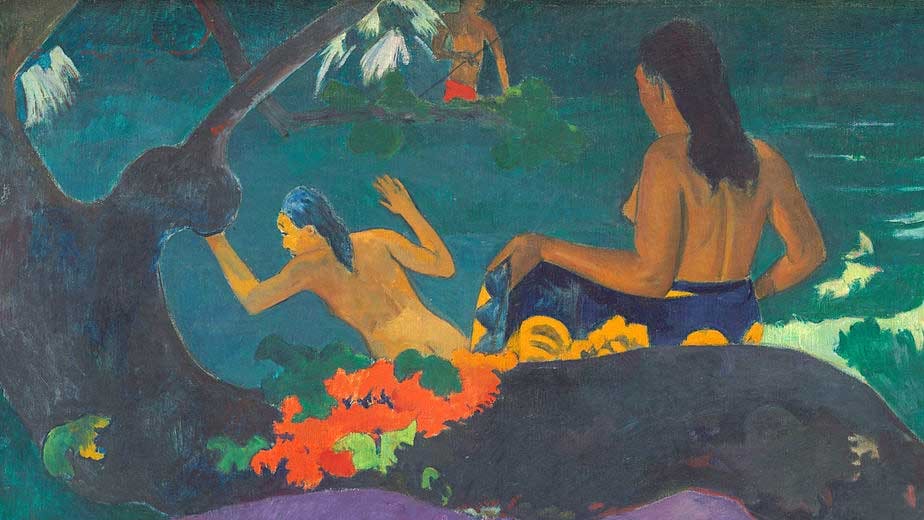 French painter Paul Gauguin is probably the best-known Tahitian exile. His South Seas paintings achieved great fame worldwide, and his painting “Nafea faa ipoipo” (When will you marry?) from 1892 was sold to the emir of Qatar, Sheikh Tamim bin Hamad al-Thani at the beginning of 2015 for a reported $300 million, making it the most expensive work of art ever sold in the world.

Like many great artists, Gauguin struggled with the reality of his life in Europe, which was marked by illness, bureaucracy, and lack of money. In the faraway South Sea paradise of Tahiti, he hoped for a simpler, sweeter life. To this end, in 1891 he sold most of the paintings he had created in France and embarked on Polynesia.

He spent the rest of his life there (with a brief return to Paris in 1893/94): he lived in Tahiti for 10 years, mainly near Mataiea and later near Papeete, until increasing colonization and thus Europeanization drove him from there.

He moved to the Marquesa Islands, 1400 km away, where he lived for another year in Hiva Oa before he died there at the age of 54 from syphilis and heart problems and was also buried.

His most famous paintings, with their unforgettable color schemes and haunting South Seas scenes, were created during the last 10 years of his life in Polynesia. The Paul Gauguin Museum on the southeast coast of the island near the village of Papeari bears witness to his time in Tahiti.

The little museum is located directly on the ocean in the middle of the Harrison W. Smith Botanical Garden. In the small building, which is built-in Japanese style, one finds no original works of the painter (only replicas are exhibited), however, one learns something about the life of the exceptional artist on Tahiti.

In the building, surrounded by tropical plants and pandanus trees, three original drawings by Gauguin are exhibited, as well as some sculptures and manuscripts of his book Noa Noa.

In addition, interested visitors will find some of the artist’s belongings, from his Panama hat to the suitcase with which he arrived on the island.

However, the museum does not have regular opening hours. A trip there is always a gamble, but the location and a walk in the Botanical Garden compensate for the effort of getting there if the museum is closed.