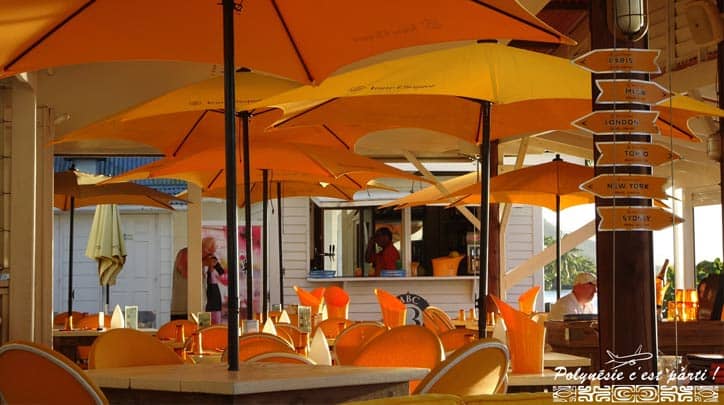 One of Moorea’s most well-liked restaurants. The Moorea Beach Café is a charming waterfront restaurant with a view of Moorea’s stunning lagoon where you may partake in a three-course sunset dinner with wine pairing. Bruno Jamais, a French-born restaurateur, is the owner of the establishment. includes transfers

The perfect setting for New Cuisine in a musical setting is provided by Moorea Beach Café, a café, and a restaurant that looks out over one of Moorea’s lovely lagoons.

Conveniently situated in the heart of Moorea’s Maherepa, every day open from 11:30 am to 10:00 pm. You can come with your boat and park it right in front of the lagoon, or you can come and put it in our parking lot across the street.

The year Bruno left Paris was 1991. His first stop as Director of Food and Beverages with Port de Plaisance was the Caribbean island of St. Martin. After that, Bruno’s 1993 debut as a New York restaurateur was wildly successful. At Restaurant Daniel, a four-star restaurant on Manhattan’s Upper East Side, he served as Maitre D for eight years.

Bruno was hired in 2001 to serve as Alain Ducasse’s consulting director at the Essex House in New York. He held this position until 2002, when he founded the Bruno Jamais Restaurant and Club on Manhattan’s Upper East Side. ​

Before moving to Moorea, French Polynesia, in 2012, Bruno re-joined Alain Ducasse as managing partner at Benoit Bistro in New York in 2011.

Moorea Beach Cafe is located right on the beach, with plenty of outdoor seating and breathtaking views of the ocean. The restaurant’s design is inspired by traditional Polynesian architecture, with plenty of natural wood and stone elements and colorful accents.

What Customers Are Saying

Customers rave about Moorea Beach Cafe, with many praising the delicious food and laid-back atmosphere. On review sites like TripAdvisor, the restaurant consistently earns high ratings and accolades.