« Back to Moorea Attractions 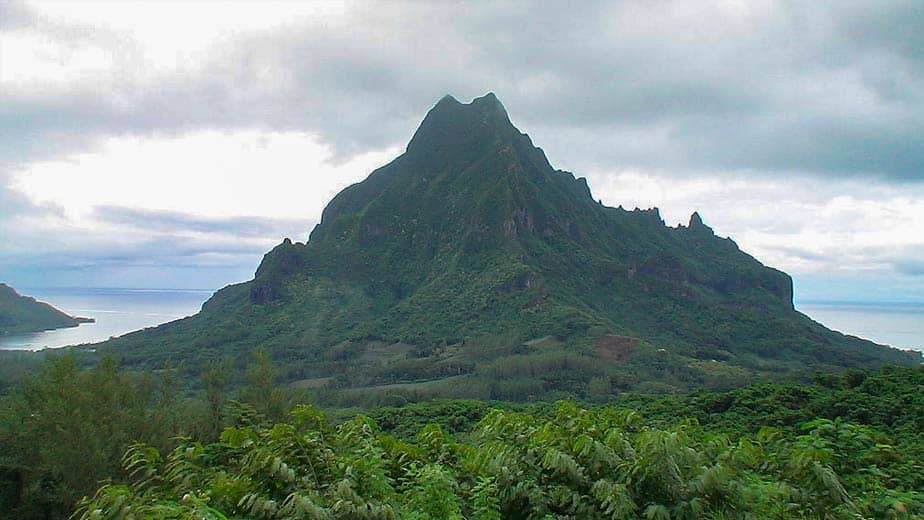 Hiro, the God of Thieves, desired the beautiful island of Moorea all to himself many thousands of years ago. On a starry night, he and his soldiers wrapped thick ropes around Mount Rotui’s summit in order to drag the island behind them. However, when the father of the gods, Taaroa, learned of the midnight raid, he summoned the great and powerful warrior Pai to assist him.

Pai drew his massive spear, took a long swing, and with one throw severed virtually all of Hiro’s men’s ropes, causing them to flee without accomplishing anything. However, the spear throw was so powerful that it penetrated the mountain it flew against from side to side.

According to folklore, Moorea’s most famous peak is now known as Moua Puta, or “pierced mountain,” and is one of the island’s most popular tourist spots. A walk to the top of Mou’a Puta (830m) is only suggested for experienced hikers and should never be attempted without the assistance of a guide. The excursion, which lasts approximately 6 to 7 hours, begins in Afareaitu’s main town and proceeds along the Vaioro River to the Atiraa Waterfall.

The first four hours of ascent through a beautiful maple forest are rather easy, but the second half of the tour requires fixed ropes and should never be attempted in wet weather. Those brave enough to attempt the climb will be rewarded with a spectacular view of Moorea’s sister island Tahiti.

The trek to the summit of Mount Rotui in the north of the island is also strenuous. Moorea’s second-highest peak, with an elevation of 899 meters, separates the two bays of Cook and Opunohu, providing an excellent perspective of the island’s most attractive region.

The extinct volcano’s caldera, the view of Mount Tohiea and Moua Puta’s peaks and in between green and black shark’s teeth, as well as the lagoon with Tahiti in the distance – this climb, has even more to offer than the excursion to Moua Puta from an all-round perspective.

The climb, however, is only ideal for people who are not giddy, as it begins abruptly and continues along a tight track for about four hours just along the ridge without shade. For this approximately 7-hour journey, a guide is also highly recommended.