« Back to Moorea Attractions

Ready to say farewell to French Polynesia with unforgettable memories? 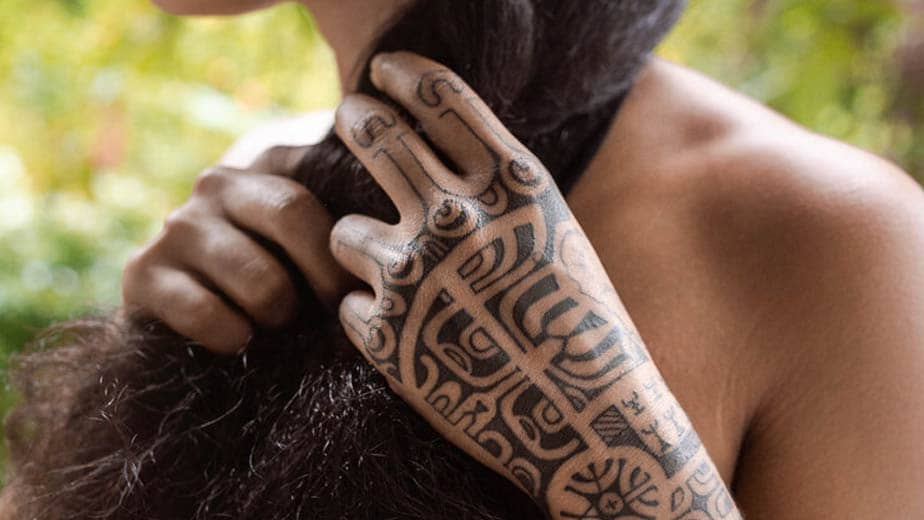 French Polynesia, particularly the Marquesas, is regarded as the birthplace of the symbolic art of tattooing. Tattooing was therefore common practice in Polynesia until the end of the 18th century, for both male and female residents.

The subjects are diverse and are usually immortalized abstractly in symbolic patterns on the skin, ranging from the guardian spirits of one’s own family to the chronicle of a complete life.

However, once Christian missionaries arrived in the South Seas, pagan body painting became more frowned upon and eventually outlawed. The residents of the South Sea islands did not begin to recall their history and traditions until the 1980s when the Polynesian tattoo underwent a revival.

Most of the traditional knowledge has been lost over the years, and just seven tattoo artists in all of French Polynesia use the classic method of tattooing, which involves using a tattoo comb and a wooden stick.

The sound that the comb makes on the skin when it strikes the ink – tat tat – later evolved into the Polynesian name tau tau, which is the source of our modern word tattoo.

But tattoo aficionados beware: one of these rare individuals, the artist James Samuela, still lives on Moorea’s west coast near Tiki Village in Haapiti. He developed his skill while studying in Paris and has been working as a tattoo artist in Moorea since 1996.

He is descended from the first tattoo artists of the Marquesas. For hygienic reasons, Samuela stabs Polynesian tattoos with a comb developed specifically for the session, which the buyer can take home with him as a keepsake along with his tattoo.

Tattoos are traditionally exclusively stung in black and are not cheap entertainment: because stinging with a comb requires two artists (one who pulls the skin and the other who conducts the tat-tau-ing) and takes approximately twice as long as a tattoo with the machine, except to pay between $500 and $1.000. For this, you will receive a keepsake with symbolic value that will last a lifetime.

He was born in Tahiti and began learning the art of tatau as a type of storytelling when he was 23 years old. He began by tattooing his own foot before moving on to tattooing others full-time. Since then, he has created over a hundred tattoos for people all around the world, all of which are inspired by Polynesian art and culture. Every piece is one-of-a-kind, created with care to tell each client’s unique narrative.

For the past 25 years, Gilles has worked as a tattoo artist in Moorea. Gilles was also instrumental in the establishment of Moorea’s first traditional tattoo parlor. His workshop is located on the French Polynesia island of Moorea. A crystalline lagoon is just a few steps away. The studio is located within the world-renowned Sofitel Ia Ora luxury complex.