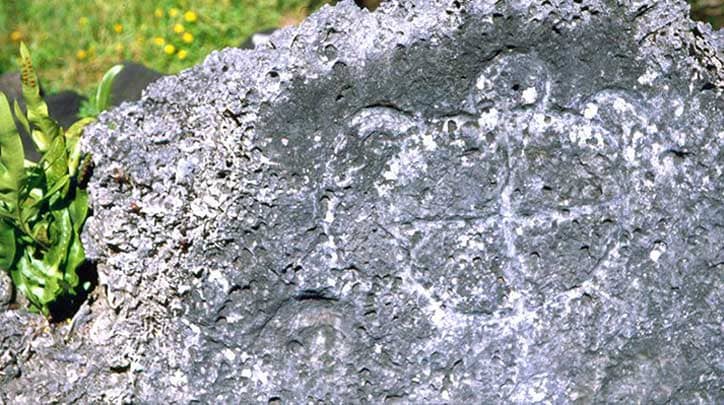 Only a few marae (traditional temple) ruins can be seen on Bora Bora, one of which is Marae Fare Opu, which is crammed between a road and the lagoon. The turtle petroglyphs that may be observed carved into stones at various other locations in the Society Islands are plainly visible on two of the slabs.

In the bay of Faanui, next to the lagoon, in front of the Teavanui Pass, is where you’ll find the Fare Opu marae. It is named after the territory that bears its name; this land was owned by the ancestors of the illustrious chief Ma’i, who in the 15th or 16th century ruled over a portion of Bora Bora.

The enormous standing coral stones at this marae, which is the biggest on Bora Bora, show that it was built with monarchs in mind. Ahu (altar) measures 25 meters in length. The ring road currently travels across its once-paved courtyard.

A stone sub-base is used to construct the ahu. From the sides and back, a number of slabs are missing, while others are partially damaged. The first ones were utilized in 1820 to build the Vaitape pier at the missionary J. M. Orsmond’s suggestion.

The center and right stone slabs of the Ahu (altar) façade both have petroglyphs of turtles cut into them. The ancient Polynesians revered turtles as sacred animals. It was solely available to chiefs and priests, and it was offered to the gods.

The Society Archipelago contains a large number of other locations with turtle petroglyphs. Being a beloved ritual sacrifice for the gods, the turtle. On various marae on the islands of Raiatea and Huahine, you can find these drawings.