Is Bora Bora in Hawaii? The Ultimate Guide 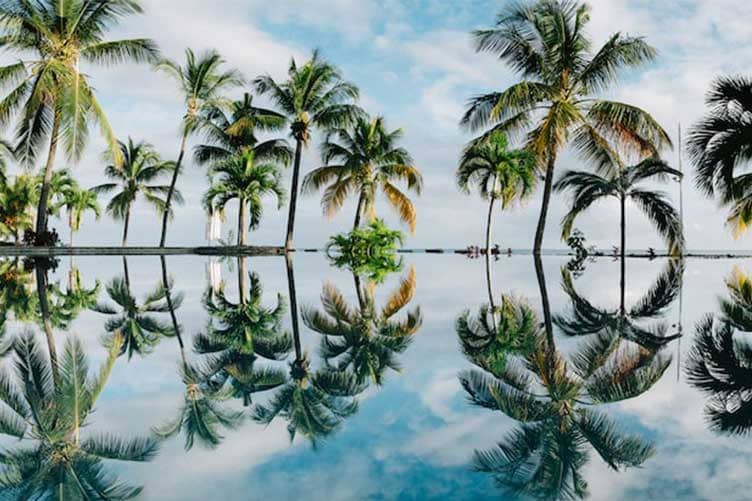 You know those dreamy, over-the-water bungalows you see on Instagram with crystal-clear water and palm trees as far as the eye can see? Yeah, that’s Bora Bora. It’s the ultimate tropical paradise, a place that has to be seen to be believed.

But here’s the thing: people often confuse it with being in Hawaii. So let’s clear things up once and for all – is Bora Bora in Hawaii?

The answer is a definitive no.

Let’s start with the basics: Bora Bora is located in the Society Islands of French Polynesia. It’s about 2,600 miles southwest of Hawaii, which is pretty much as far away from Hawaii as you can get without leaving the United States.

Bora Bora is a small, green, and lush island that is surrounded by a lagoon and a reef. It’s part of a volcanic chain, which means it has a number of rocky islets, or “motus,” dotting the lagoon. These motus are what give Bora Bora its iconic, postcard-perfect appearance.

But Bora Bora’s history is just as interesting as its geography. Around the 4th century AD, Polynesians were the first people to live on the island. In the late 18th century, Europeans came to live there. Today, it’s a French territory, which means it’s not part of the United States (and definitely not part of Hawaii). Read more about the history of French Polynesia here.

So what about all those overwater bungalows and luxury resorts you see in Bora Bora? Well, it turns out that the island is a major tourist destination that attracts also many celebrities. It’s known for its clear, turquoise waters, white sand beaches, and, of course, those overwater bungalows. Visitors can go snorkeling, diving, and jet skiing in the lagoon, or take a boat tour to see some of the motus. On the island, there are also a number of high-end resorts, from bungalows over the water to beachfront villas. Interested in a vacation in bora Bora? Read our Bora Bora Guide here.

How to get from Hawaii to Bora Bora

Once you arrive in Papeete, you can then take a short flight to Bora Bora. Air Tahiti operates flights between Papeete and Bora Bora several times a day, and the flight takes about 45 minutes.

Bora Bora is a beautiful tropical paradise in French Polynesia. It is in the Society Islands. It’s not part of Hawaii, but it’s definitely worth a visit if you’re looking to escape to a slice of paradise. Just make sure you book your flights to Papeete, Tahiti (the capital of French Polynesia), rather than Honolulu.

Further reading:
Where is Hawaii