Is Bora Bora and Tahiti the same? 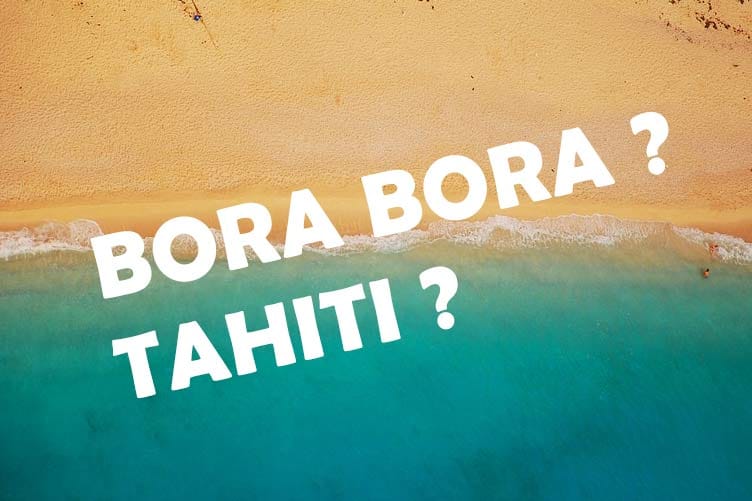 When planning a vacation to the beautiful islands of French Polynesia, it’s important to know the difference between Bora Bora and Tahiti. Despite their close proximity and shared cultural roots, these two islands are not the same place.

Today, we’ll look at the main differences between Bora Bora and Tahiti, such as where they are located, their history, culture, and the way they make money from tourism.

By the end of this travel article, you’ll have a clear understanding of the unique characteristics of each island and be able to make an informed decision on which one is the perfect fit for your dream vacation.

Bora Bora is located in the Pacific Ocean, about 160 miles northwest of Tahiti. It is part of French Polynesia’s Society Islands. On the other hand, Tahiti is the largest island in French Polynesia and is located about 2,000 miles southeast of Hawaii. The capital city of French Polynesia, Papeete, is located on Tahiti, and it also houses the international airport, making it a hub for travel within the region.

Bora Bora has a rich history dating back to ancient Polynesian times. Around the 4th century, Polynesians were the first people to live there. Over time, it became a major center of the ancient Polynesian civilization. On the other hand, Europeans found Tahiti in 1767, and in 1880, it became a French protectorate. Are you interested in history? Read more about French Polynesian history here.

Bora Bora and Tahiti both have vibrant and unique cultures rooted in Polynesian traditions. However, Bora Bora has a more laid-back and traditional vibe, while Tahiti has a more modern and urban atmosphere.

Bora Bora is known for its crystal-clear lagoons and overwater bungalows, which make it a popular place for luxury vacations. Tahiti, on the other hand, offers a mix of both luxury and budget-friendly tourism options. It’s also a gateway to other islands in French Polynesia.

Is it cheaper to go to Bora Bora or Tahiti?

How far is Bora Bora from Tahiti by plane?

Now, as far as distance goes, Bora Bora is just a short plane ride away from Tahiti. It’s only about 140 miles northwest of Papeete, the capital of French Polynesia.

Is there a ferry from Tahiti to Bora Bora?

And as for a ferry, you won’t find one that goes directly from Tahiti to Bora Bora. But, you can definitely take a ferry to some of the neighboring islands, and then hop on a flight to Bora Bora. But if you want the full Bora Bora experience, I would recommend just taking a direct flight. Trust me, it’s worth it!” We have written a full guide about transfers in Tahiti here.

To wrap things up

So there you have it, folks. Bora Bora and Tahiti may be located in the same region and share some cultural similarities, but they are definitely not the same place. Next time you’re planning a vacation, make sure you know the difference between these two beautiful destinations.

Why is Bora Bora Island so FamousBora Bora: A Honeymoon Destination Like No Other Scroll to top