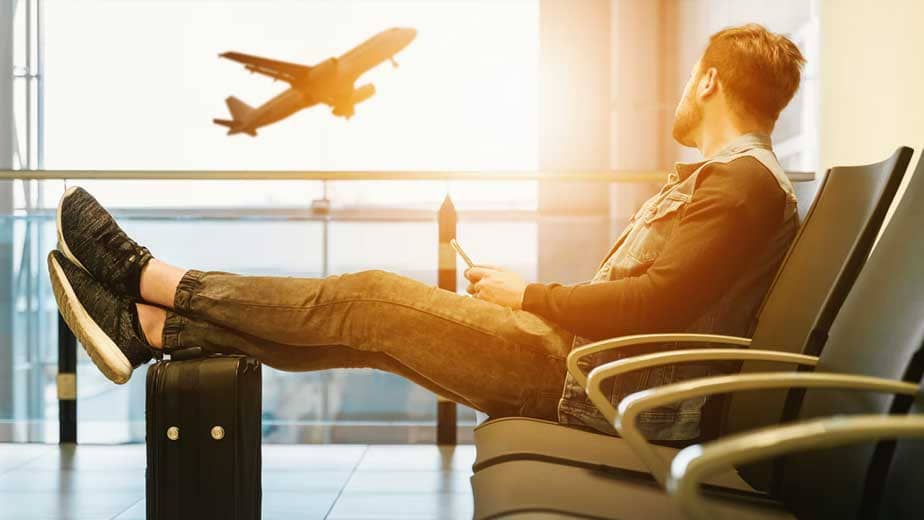 French Polynesia is home to a tropical, warm climate the whole year, with an average temperature between 26 and 32 degrees. Thanks to its equatorial location, French Polynesia does not experience much variation, and the weather is therefore ideal all year round for a holiday and weddings.

Depending on which archipelago you finally choose, the recommended travel time may vary. So that your holiday doesn’t fall through, We’ll explain the weather and climate information for the individual archipelagos.

The climate in French Polynesia

Before we look at the climate in French Polynesia, we should take a closer look at the location of the French overseas territory.

Politically, the islands belong to France, but geographically they could hardly be further away. French Polynesia is located in the southern Pacific Ocean, surrounded only by water.

The territory is made up of five archipelagos, including a total of 118 islands and atolls. The location in the Pacific Ocean is responsible for the tropically warm climate in French Polynesia.

The climate in French Polynesia is warm and tropical. Temperatures are warm all year round, but rarely exceed 35℃ (95℉) in summer. The rainy season lasts from December to February and during this period are the warmest summer months.

Summer usually lasts from November to February and winter from April to September. There are some significant temperature variations between seasons. The humidity is high, ranging from 80% to 90%.

If you look at the annual temperatures in the climate table below, you will quickly notice that there are hardly any fluctuations. In summary, it is consistently warm all year round and there are no real seasons.

The only distinction is between the hot and cooler periods. The hot and humid period starts in November and lasts until about April. The thermometer fluctuates between 22 and 32°C at this time and the humidity can rise up to 80%.

You can also expect more showers, which can come down quite unexpectedly.

The drier and cooler period from May to October is the best time to visit French Polynesia. There is noticeably less rain and temperatures are a tad cooler, ergo lower humidity and heat.

But all-clear to all frostbite sufferers: The temperatures remain in the summer range and you can jump into the water without any problems.

Speaking of water: The temperatures of the Pacific range between 25 and 30°C all year round. So you can jump into the water at almost any time.

In the Tubuai Islands, the average temperature is slightly lower, around 18℃ (64℉) (September).

Typhoons occur during the period from late January to mid-March, although they do not pose a major threat to the island as it is not in a common area that is affected.

French Polynesia experiences a lot of rainfall; exceptions are the Marquesas and the northern Tuamotus. The average annual rainfall is about 3050 mm. Windward coasts receive more precipitation on average than other islands.

As briefly mentioned above, French Polynesia consists of several island archipelagos. The Society Islands are probably the best-known archipelago with the main island Tahiti.

A tad more famous, however, is Bora Bora, the number one destination for newlyweds and lovebirds from all over the world.

The best time to visit the Society Islands is also the dry season from May to October. To avoid the high tourist season, however, you should switch to the transitional months of May and October.

More about the Society Islands.

If you walk a bit further east from the Society Islands, the Tuamotu Islands with their 78 atolls await you. The main island is called Rangiora, which means endless sky.

The island has found fans, especially among divers, water sports enthusiasts, and anglers. The reason for this, besides the endless sandy beaches and blue lagoons, is the perfect water and wind conditions.

You can travel to the islands as early as April and enjoy the sunshine and summer temperatures. Thanks to the consistently perfect water temperatures, you can treat yourself to a refreshing dip in the Pacific at any time.

The most northern of all French Polynesian islands are the Marquesas Islands. Because of their northern location, the islands are warmer overall than the rest of the overseas territory.

Therefore, the best time to travel to the Marquesas Islands is basically all year round. However, if you want to make sure your vacation doesn’t fall through, you might want to avoid the period from December to April. At this time it rains the most in the archipelago.

More about the Marquesas Islands.

We are not talking about glaring differences in temperature. However, in the southern winter, it gets comparatively cool for Pacific conditions.

While it can get quite hot and humid from December to April, it is pleasantly warm from May to September. However, water temperatures can cool down a bit and become a little too chilly for a summer beach vacation.

Therefore, the best time to visit the Austral Islands is during the transition months of April, May, October, and November.

More about the Austral Islands.

What is the best month to go to French Polynesia?

The answer to the question of what is the best month for a wedding and honeymoon in French Polynesia it depends on what you are interested in doing during your stay. Here you can see an overview of each month and its typical weather conditions.

What are the warmest months in French Polynesia?

By far the warmest months are February, March, and April in French Polynesia.

When is the coldest time in French Polynesia?

The coldest month is October with a temperature of 30℃ and with an average of 76 mm of precipitation. Other cold months are September 30℃, August 30℃.