« Back to Tahiti Restaurants 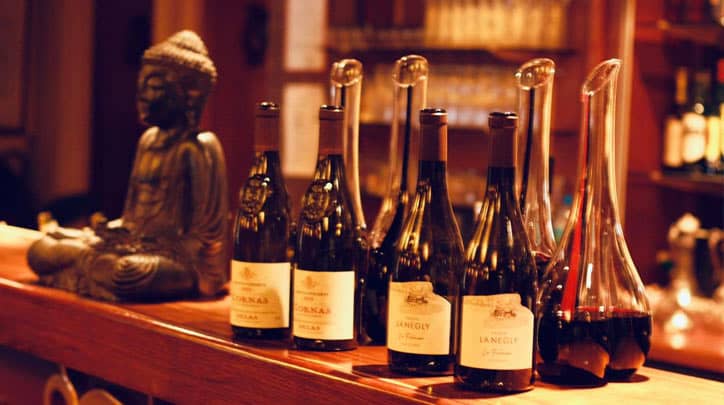 Le Mandarin, located in the same hotel and a short distance from the beachfront in Papeete, is unmistakably a Chinese restaurant. The roof is covered in lanterns, and the walls are painted with frescos depicting pastoral settings with peach blossom trees, pagodas, and fire-breathing dragons.

The cuisine is delicious and combines fresh local fish with Chinese flavors. If spiced lobster is offered, order it together with the wok-tossed Tahitian shrimp. Local variations on traditional recipes include pig filled with taro and duck with Marquesan kumquat. Every Friday and Saturday night, a live band performs.

In 1962, it was only after two long years of development work that two brothers from Tahaa, Adrien and Auguste, embarked on the restaurant adventure with very little money.

On October 5, 1964, they officially inaugurated the first restaurant, Le Mandarin, located at the time on Paul Gauguin Street in Papeete. The modest 50-seat establishment quickly earned its titles of nobility to become a must for Tahitian gourmets, notable thanks to its Cantonese-style Peking duck and its special Mandarin Chao men. At that time, Tahiti only had 35 restaurants and trailers.

Eleven years later, in 1973, Le Mandarin became a world-class restaurant: it expanded to 160 seats on two levels and moved to 26 rue des écoles in Papeete. But above all, the two brothers took advantage of this move to dress their new establishment in the most beautiful decorative ornaments, which they had brought from China, offering the happy guests an exceptional décor that can still be admired today.

In 1992, Adrien’s youngest son, Vincent, took over the reins of the restaurant Le Plazza. In May 2004, he renovated the bar and created a warm and relaxing atmosphere.

In 2007, the Lounge Bar located on the first floor of the Mandarin opens its doors to become a place not to be missed for local dance parties in a cozy atmosphere, muffled light, and lounge chairs.

Now, the many specialties of the Mandarin restaurant menu are presented to you for your pleasure. They are the fruit of the experience and enrichment brought by the many chefs who have come specially from Hong Kong for more than fifty years to arouse your desires and delight your taste buds.

More Things to do in Tahiti