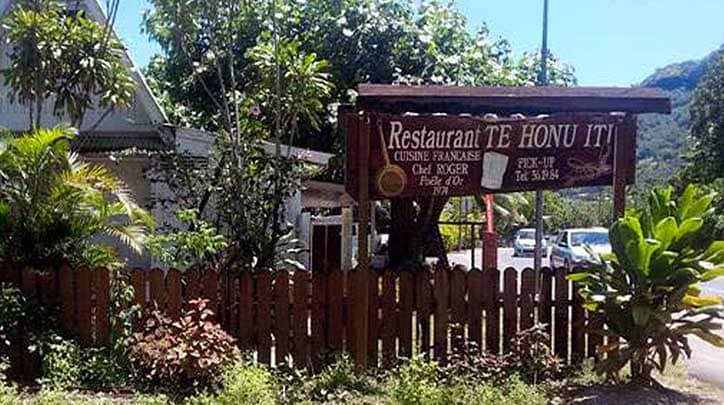 Welcome to Te Hobu Iti Restaurant, located in Moorea, one of the island’s top eateries is called “The Little Turtle.” Since the chef’s name is Roger, some people refer to the restaurant as Chez Roger.

One of the most elegant and delectable dinners you’ll have on Moorea will be served to you at your table on the roomy terrace overlooking Cook’s Bay.

There are wonderful views of Shark-Tooth Mountain and Cook’s Bay. The menu features traditional French fare including beef tenderloin with brandy sauce and frog legs sautéed in garlic. At your table, the chef will flambé lobster or Suzette crêpes. There is a complimentary shuttle to and from your hotel, so even though this can be a costly night out, it will be one to remember.

You may eat on a veranda overlooking the water at the Restaurant Te Honu Iti on Moorea while watching rays swim by. It has well-prepared meals and is a little cheaper than comparable Papeete eateries. But let’s face it, the reason for the crowd’s presence is the extraordinarily soft and velvety rays, which are attracted to the underwater lights of the restaurant and swim right up to the edge of the deck.

The outstanding menu at Restaurant Te Honu Iti features both the great French cuisine you’ve come to expect on the island and a few pleasant surprises. Here, you’ll discover a great, fully stocked bar and a collection of wine unavailable anywhere else on the island.

For choosing to spend your vacation in Tahiti, the ideal setting, the unfailingly attentive service, and the thoughtfully prepared food are rewards in and of themselves!