« Back to Bora Bora Restaurants 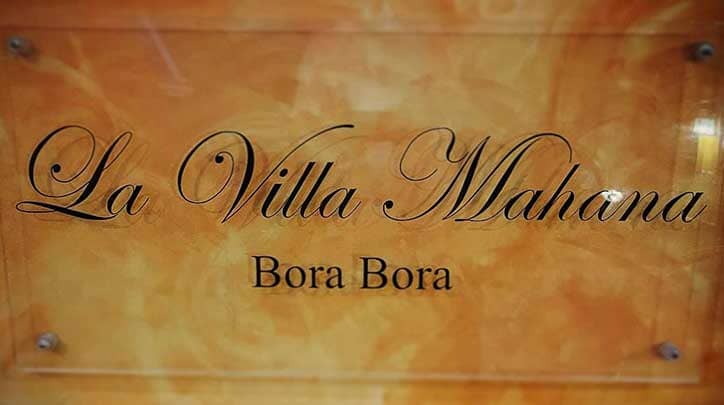 Villa Mahana established a reputation as Bora Bora’s greatest and perhaps most romantic restaurant when it first opened its doors in 2004. Even the most discerning and seasoned gourmet diners have been surprised at this restaurant. Couples from all over the world who visit here attest to having the most memorable dining experience of their trip, if not their entire lives.

Damien Rinaldi-Dovio, a native of France eager to explore the beauties of this globe and its cultures, is the creator of Bora Bora’s culinary gem. His training in the culinary arts began in France under the tutelage of renowned Chef Paul Bocuse, followed by stops at the greatest restaurants in Los Angeles and the South Pacific before he arrived in Tahiti to blossom in the most exotic marine environment.

The food at La Villa Mahana was without a doubt the best we have ever had anywhere in the world. This restaurant is the best on Bora Bora. We have extensive travel and culinary experience. There is only one evening seating at these seven tables.

The couple combo is exceptional in every way. We began with a fantastic tuna salad, then had Mahi Mahi over risotto, followed by arguably the greatest tenderloin ever served with Parmesan gnocchi. We finished it off with a superb flambé.

If I could have given this restaurant ten stars, I would have. It merits every praise possible. On my subsequent trip to Bora Bora, I’ll return and suggest it to everyone.

If you like to watch marine life during lunch, head over to the Le Tipanié Restaurant.